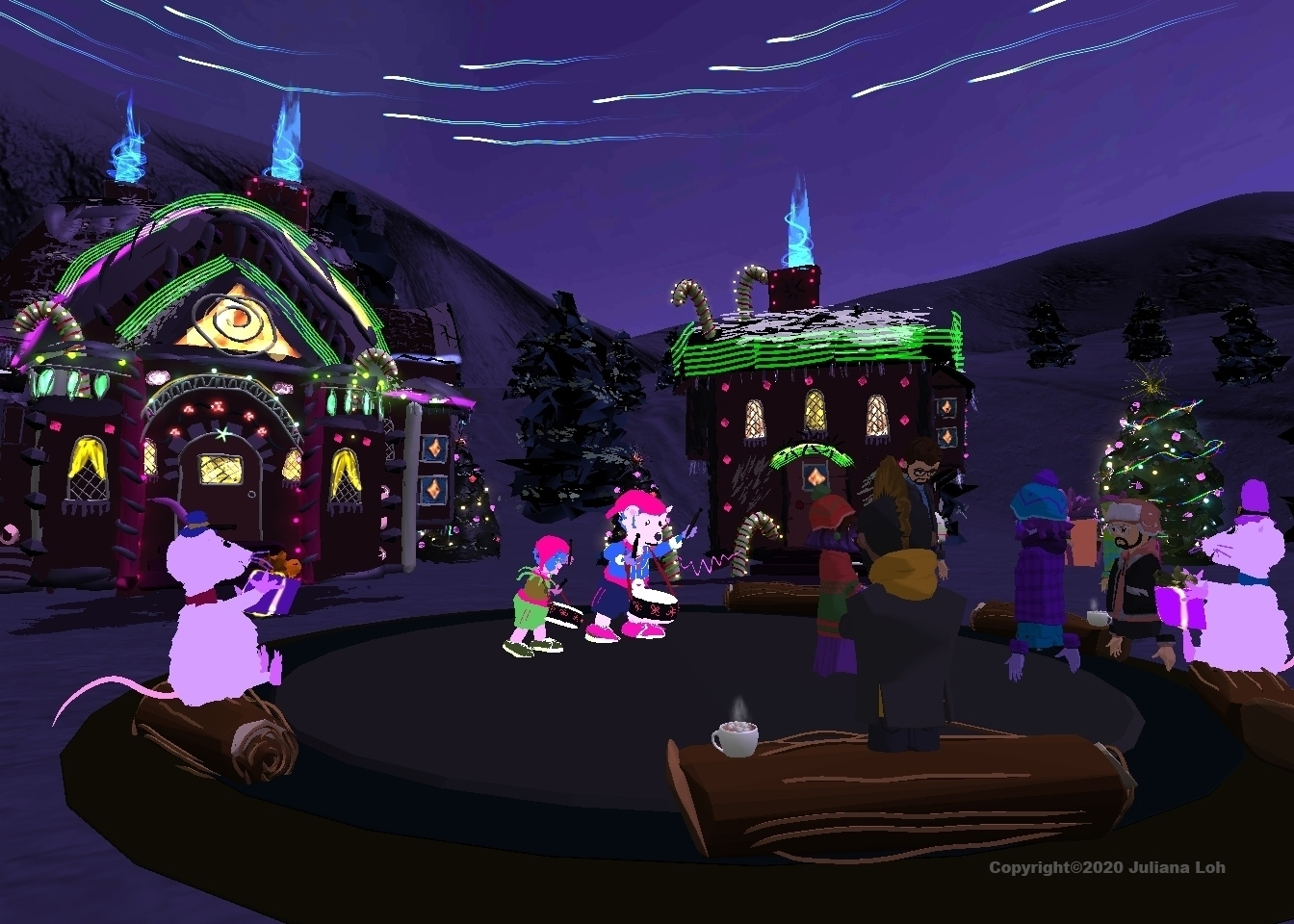 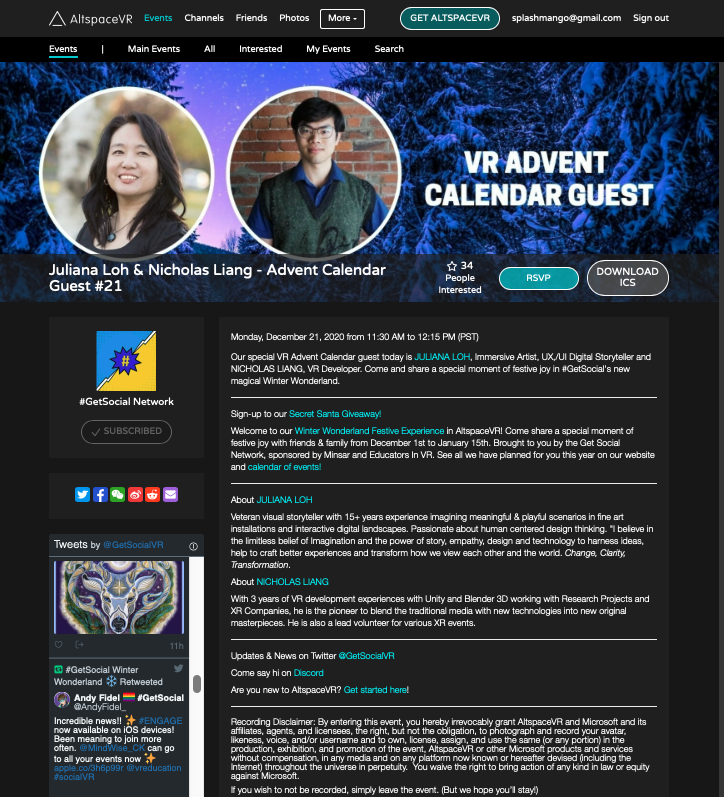 ” Within 4 weeks we designed an in-world build designed 99% in tiltbrush. We condensed and optimized 250 megs into an amazing 25 meg world. This has NEVER BE DONE before and has helped us solidify our reputation as tiltbrush experts in AltspaceVR”.

Jingle Ville VR was designed as a collaboration between Juliana Loh & Nicholas Liang with special guest Andy Fidel of Get Social. I first proposed the idea of creating a world in tiltbrush in altspaceVR on Nov 8; a pursuit that was both an aesthetic + technical challenge. We started work on November 15 2020 and four hard weeks later, we presented Jingle Ville for the first time during an interview conducted by Get Social Winter Wonderland on December 16. Our site officially launched on December 22, 2020.

After viewing a picture of a firefly posted by Jacki Morie on Facebook, Juliana was inspired to create something that presented to the world the same feelings of wonder and awe.

As the xmas season neared, the restrictions formalized by a covid pandemic prevented people from gathering in groups. That meant that all xmas lights and tourist attractions were shut down. Because people were not able to gather and celebrate, covid created a gloomy atmosphere that simply did not help all of our winter ‘depression and anxiety’.

We created Jingle Ville to address mental health initiatives on a global level. By designing a unique world in AltspaceVR, we were able to provide a beautiful destination for people to access via headsets and PC/Mac browser. We wanted to leverage the power of social VR not knowing how popular our project would become.

Once the project was launched, to our surprise, it attracted over 520 unique visitors and more than 1000 visits all within the first three weeks of launch. We did not advertise this project as there was no time so instead, we offered specialized xmas tours through our world. Apparently, our tours were good enough to create a tiny ‘viral’ boom throughout the AlspaceVR community. (Viral support from Andy Fidel was so much appreciated and proved how two similar properties could leverage each other’s strengths)

The name: Jingle Ville was created to describe the escapades of a group of mice and their friends who escaped from their human’s houses during the pandemic. It is based on the rhyme “Twas the Night Before Xmas” by Clement Clarke Moore and visually describes the narrative of two clydesdale horses (inspired by Lynsay’s horses); 8 jazz musical mice, two polar bears and one anime grrl. All of these creatures have visited Jingle Ville to “find the spirit of xmas”.

“Jingle Ville” is an ode to the ‘rhyme’ and feeling of whimsy, discovery and play inherent in both the poem and the environment. 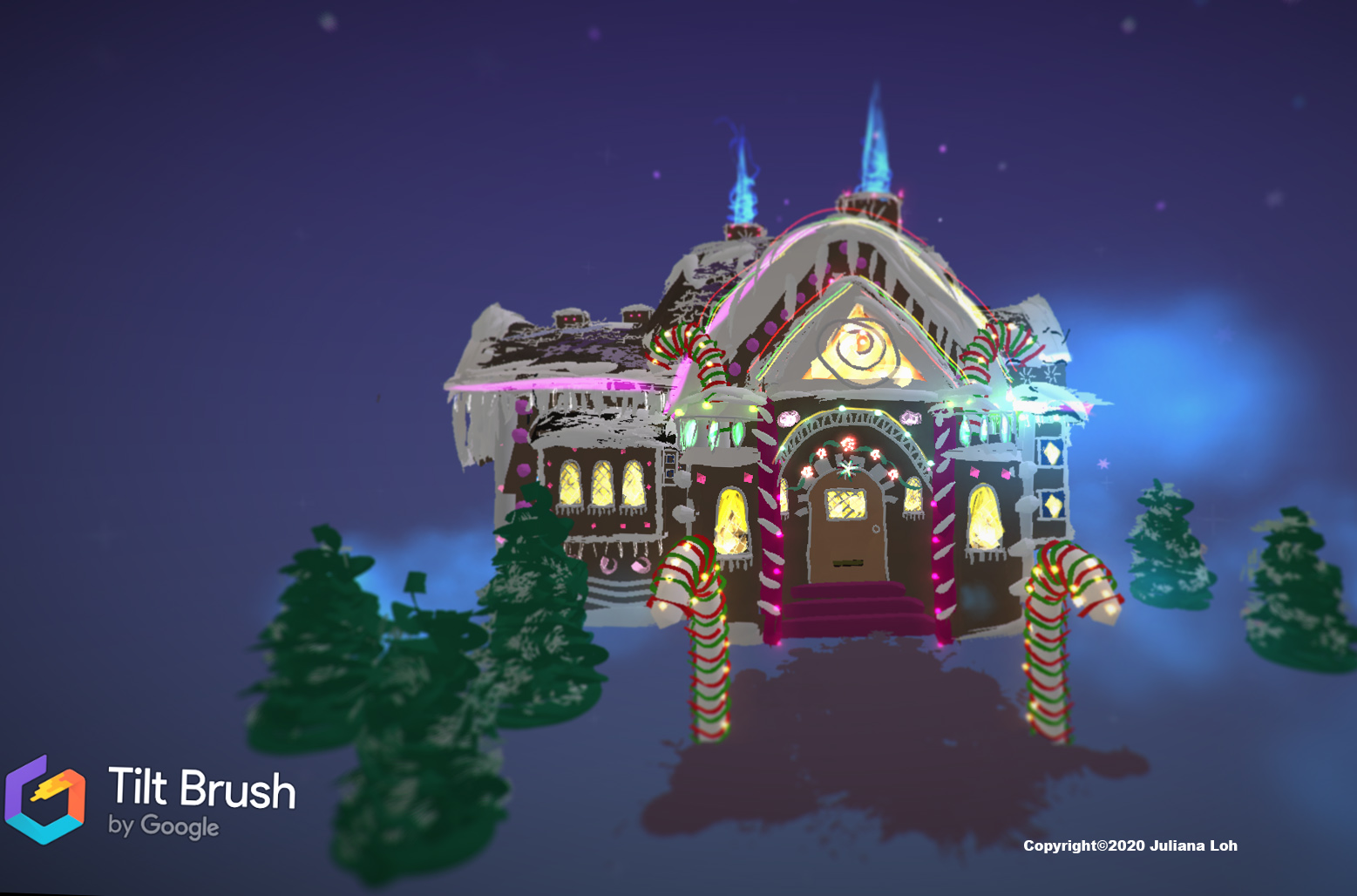